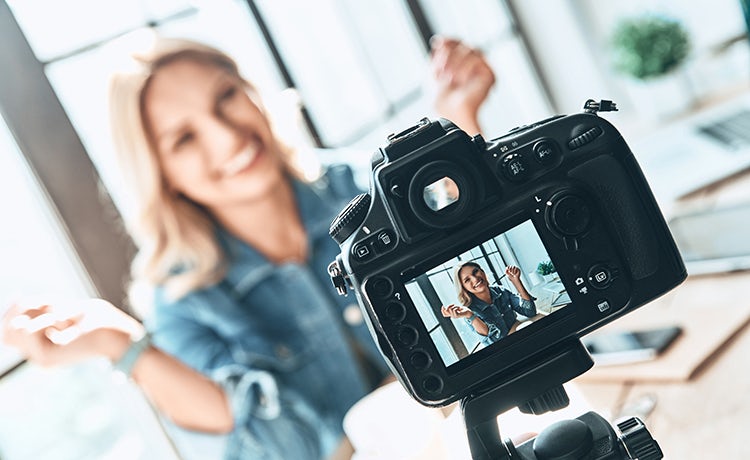 A third of brands admit to not disclosing influencer partnerships

A third of brands admit to deliberately not disclosing influencer marketing as sponsored content as they believe doing so will impact consumers’ trust, instead choosing to come up with “creative alternatives”.

That’s despite 77% of marketers saying they are fully aware and are up to date with the advertising codes and the guidelines set out by the Advertising Standards Authority (ASA).

Marketers’ concerns are somewhat unfounded though, given more than half (54%) of consumers say they don’t have a problem with influencers indicating a post is sponsored using #spon or #ad as they don’t believe it detracts from the credibility of a post, so long as the content is relevant.

This is one of the key findings of the Influencer Marketing 2020 study by Influencer Intelligence in association with Econsultancy, which is based on the views of both marketers (1,173) and consumers (500) in the UK and US.

When it comes to the transparency of influencer collaborations, 65% of marketers admit there is a blurry line between ads and genuine recommendations, which is leading to audience scepticism, with 66% of consumers claiming paid-for influencer content is no different to advertising.

As a result, 64% of marketers feel action must be taken to improve transparency. Looking ahead, 83% of marketers say better data and metrics that allow for more transparency and authenticity will be the biggest trend to impact influencer marketing strategies over the next two years.

The topic of transparency has been high on the agenda this year, with Unilever CMO Keith Weed highlighting his concerns around fraudulent activity at Cannes Lions, while the Competition and Markets Authority (CMA) launched an investigation into influencer marketing in August.

The ASA has also just issued updated guidelines around the practice, which some including Influencer Intelligence’s Sarah Penny think still need to be tougher, and ISBA is looking to tackle follower fraud in its new influencer marketing contracts.

Nearly two-thirds (65%) of marketers do insist influencers use hashtags to indicate a post is sponsored though and, like Weed, 69% say they would refuse to work with an influencer who doesn’t comply with the guidelines.

When looking at the challenges marketers have encountered over the past year, the largest proportion (22%) say proving the ROI of individual influencers has been the toughest, alongside identifying the right influencers to work with.

Engagement is the number one benchmark for success, with 85% of marketers measuring data such as comments and content shares. This is followed by social media traffic (59%), revenue generation (45%) and web analytics data (40%).

At a campaign level, 61% track performance using campaign hashtags, as well as trackable attribution within content created by the influencer (46%), platform-specific metrics such as trackable shopping links on Instagram (40%) and influencer-linked URLs (39%).

One way brands are looking to increase trust is by shifting focus to micro-influencers as they look to create “more authentic” content and drive higher levels of engagement.

Micro-influencers are classed as those with fewer than 100,000 followers, while top-tier influencers have more than one million.

The report suggests brands are increasingly looking for bespoke and nuanced content, with some respondents complaining they have paid large amounts to top-tier influencers in return for generic content that misses the mark. Micro-influencers have also been found to generate greater cut-through with their audience and have a more engaged community.

Joseph Harper, social media manager, UK & Ireland, at Kellogg’s who spoke to Influencer Intelligence as part of the study, says: “Why would we invest in a reach of 2.5 million people, if only 30% of that was our target UK audience, and over 50% were based in Lithuania where the specified product isn’t even available to buy?”

More than half (56%) of respondents say they find micro- and mid-tier influencers (between 100,000 and one million followers) more cost effective as a result, and even when deploying a group of micro-influencers in order to achieve greater scale, the investment is often lower than collaborating with one celebrity influencer.

More than half (55%) of marketers say micro-influencers have a better connection with their target audience and are able to create more authentic content (39%) that drives higher engagement than top-tier talent (37%), therefore the overall return on investment also has the potential to be higher. By contrast, just 5% of marketers say micro-influencers are yet to deliver more value than top-tier influencers.

Consumers have a similar view, with 61% suggesting micro-influencers produce more relevant content and 43% saying these influencers are more likely to engage in discussions. People also believe the content created by micro- and mid-tier influencers is more transparent and authentic, thereby more trustworthy.

UK consumers are still more sceptical than those in the US though; 26% of people in the UK believe it makes them more trustworthy compared to 44% of US consumers.