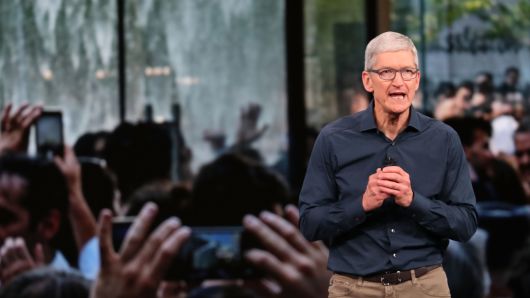 Apple CEO Tim Cook kept his promise in placing Apple’s newest campuses — spanning several states and including a new $1 billion facility in Austin, Texas — and he didn’t run a contest like Amazon’s.

Apple had been pointing to expansion efforts for several months, starting with a commitment announced in January to contribute $350 billion and 20,000 jobs to the U.S. economy over five years. But the company and its CEO were determined to keep competition and media hype out of it.

“We’re not doing the beauty contest kind of thing. We’re not. That’s not Apple,” Cook said earlier this year in an interview with Recode’s Kara Swisher and MSNBC’s Chris Hayes.

“We didn’t want to create this contest. Because I think what comes out of that is you wind up putting people through a ton of work to select one,” Cook said at the time. “That is a case where you have a winner and a lot of losers, unfortunately. I don’t like that. You know most things in life I do not view as win-lose. The best things you can ever do in business is find the win-win.”

The company has faced intense criticism for the proposal process, through which Amazon collected massive amounts of data on cities across North America. Some bidders tacked on billions of dollars in tax incentives, in an effort to gain an edge in the race.

Each of Amazon’s new headquarters will see $2.5 billion in local investment and house 25,000 employees. Apple didn’t disclose the total combined investment for its expansion efforts — but with a $1 billion facility in North Austin; expanded facilities in Pittsburgh, New York and Boulder, Colorado; and new facilities in Seattle, San Diego and Culver City, California, the money adds up quickly.

The new facility in North Austin will initially accommodate 5,000 employees, with the capacity to grow to 15,000.

Amazon and Apple aren’t the only tech companies building.

Google has been buying up real estate in Manhattan’s Chelsea and Hudson Yards neighborhoods and has eyed space in the West Village too, according to The Wall Street Journal.

The company is planning for an additional 12,000 employees in New York City, the Journal reports. That requires significant investment in neighborhoods where real estate prices are already high. Google’s purchase of the Chelsea Market building alone cost $2.4 billion.