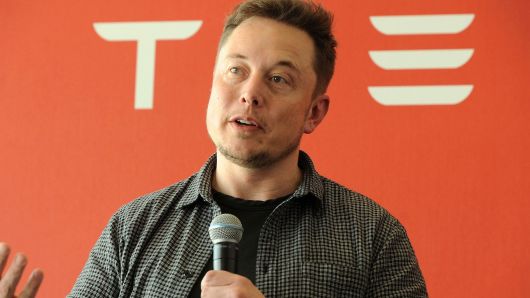 Tesla needs to get cracking on a cheaper car.

The electric vehicle maker said Friday it plans to cut about 7 percent of its workforce, which by the last company headcount would equal about 3,100 jobs. The plan is to cut costs and get closer to making the $35,000 Model 3 the company has been promising since it first unveiled the car in 2016.

The sales boost from the $7,500 U.S. federal tax credit is running out, and that stands to hurt demand in the United States.

One of the primary reasons for the job cuts is the fact that the cars Tesla makes are still “too expensive for most people,” CEO Elon Musk said in an email to employees announcing the reductions.

For now, Tesla has Europe to lean on, Wedbush analyst Dan Ives told CNBC. The company began allowing European reservation holders to configure their Model 3 orders in early December and plans to begin delivering some versions to the region by next month.

“If you think about the trajectory, the first half of 2019 is really Europe coming onboard,” said Wedbush analyst Dan Ives. That strength in demand will likely offset relative weakness in demand in the U.S., in large part to the waning tax credit and Tesla’s relatively high prices. “But then ultimately in the second half you need the mid-range Model 3 to really start to kick in.”

Toward the end of 2018, Tesla finally seemed to have pulled itself out of the “production hell” it had been submersed in since it began Model 3 production in the summer of 2017.

With the company clearing Musk’s stated goal of producing 5,000 Model 3s per week, Tesla began focusing on reducing costs and improving efficiency. Tesla’s third quarter results were surprisingly strong, making good on Musk’s expectation that Tesla would be profitable and cash flow positive from the second half of 2018 onward.

There is still debate on Wall Street over whether Tesla will need to raise capital in the next 12-18 months, Ives said, adding that he thinks there is about a 30 to 35 percent chance the company will need to return to markets for cash. Tesla does have about $1.5 billion in debt due in 2019 — one tranche due in March and another in September.