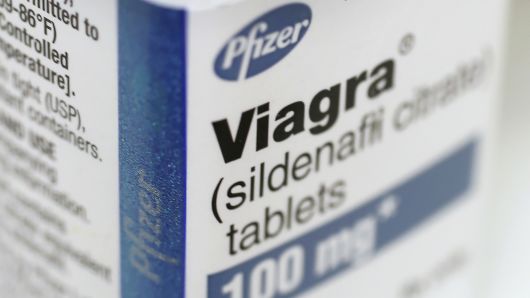 Here’s how the company did compared with what Wall Street expected:

Pfizer’s adjusted earnings of 64 cents per share for the quarter was 1 cent above Wall Street estimates and 2 cents higher than a year earlier. Revenue came in at $13.97 billion, higher than the projected $13.89 billion and the $13.7 billion it reported a year earlier.

For the full year, Pfizer reported adjusted earnings $3 per share on revenue of $53.6 billion. It anticipates repurchasing about $9 billion of shares in 2019.

Pfizer’s blockbuster drug Lyrica, which is expected to face generic competition later this year, brought in sales of $1.32 billion.

“We enter 2019 with confidence in the competitive positioning of our businesses, the prospects for our recently launched products and product line extensions, as well as the strength and breadth of our research pipeline,” Pfizer CEO Albert Bourla said in a press release.

The earnings report marks Bourla’s first since becoming CEO on Jan.1, succeeding Ian Read. The company announced plans to shuffle the company’s senior management team in October and has been trying to bulk up its pipeline of drugs and therapies, especially in oncology, ahead of impending patent expirations.

Shares of Pfizer have fallen more than 9 percent this year. The stock price has risen more than 1 percent during the past 12 months.