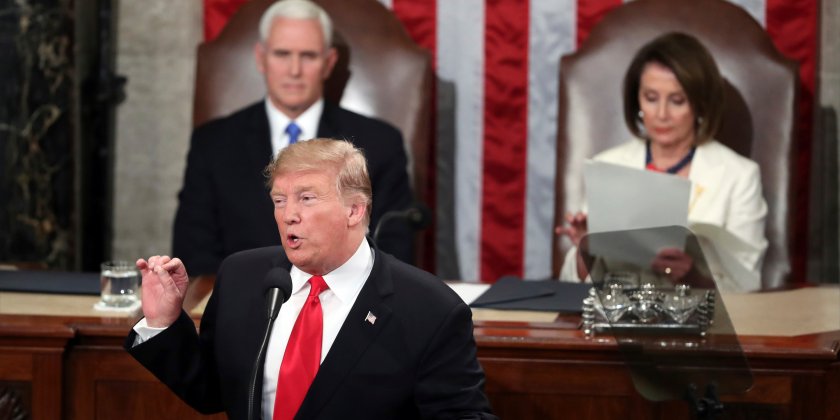 Markets have been mixed in their response to President Trump’s combative State of the Union address while investors shift their attention to any signs for the economy from Federal Reserve chair Jerome Powell.

European shares sunk lower after disappointing results from BNP Paribas and Daimler. The Australian dollar plunged 1% after the central bank opened the door to a possible rate cut. Many markets in Asia are still closed for the Lunar New Year holiday.

“I have great respect for President Xi, and we are now working on a new trade deal with China,” Trump said in the address on Tuesday.

“Whilst the president touched on Chinese trade relations and the budget there was nothing new for traders to sink their teeth into,” said Jasper Lawler, Head of Research at London Capital Group. “Those that had been hoping that Trump would offer fresh trade news with China were left empty-handed.”