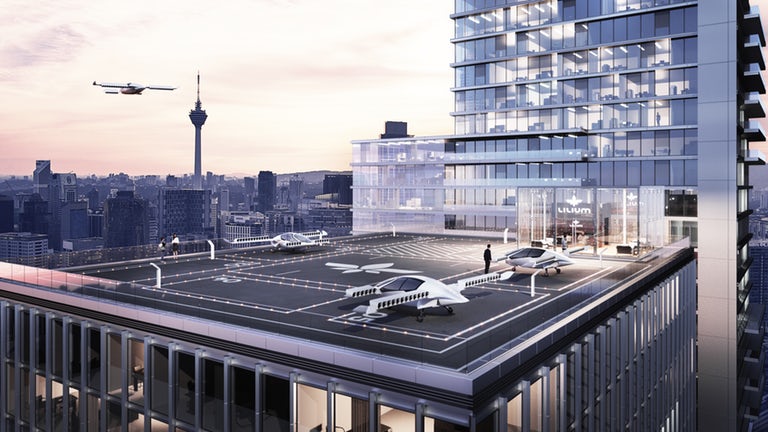 Building a brand from scratch: Marketing’s role in startups

Somewhere, right now, an idea that could change the world is being born. There are hundreds of thousands of them floating around; some will hatch, others will fall from the nest and land with a thud. Some have already spread their wings.

But each begins with one common goal: to disrupt their market and become a name that people recognise all over the world.

Compared with the likes of Coca-Cola, Procter & Gamble and Nike, these baby brands are barely out of the womb, and they face a long and bumpy road ahead of them in the race to be more than just another startup that disappears into the marketing ether.

The big question is, in a world overwhelmed with ideas, propositions and things, what role should marketing play when it comes to building a brand from scratch? When launching a new venture, budgets can be tight and the founders’ focus is usually on developing a product a building a customer base as quickly as possible, any way they can. The brand is often retrofitted later with the help of new funding and the subsequent ability to hire marketing expertise.

But would new businesses have a better shot of surviving – and thriving – if they embedded marketing strategy from the beginning?

What3Words, a global geocoding system that uses a unique combination of three words to identify a three by three metre square anywhere on the planet, made it a priority to bake marketing into the business from the very start.

“Startups often neglect their brand and the importance of the brand and how to build it,” says chief marketing officer Giles Rhys Jones, who spent a decade at Ogilvy before joining the business in 2014, a year after it launched.

“We chose very early on to focus on the brand: what it looked like, what it felt like, what we stood for as a business.”

When Rhys Jones joined, there was no marketing team. He did all of the social media, ads, scripting of films, and planning and buying of media, while design and video content was outsourced.

Now, almost a third of What3Words’ current team are marketing-focused and the majority of marketing activity is done in-house. As the business has grown, it has outsourced less and less – although it brings in specialist consultants, editors and designers when needed.

“It became apparent fairly quickly that to move at the speed you need to move as a startup, and to change direction [when needed], it made sense to build a team in-house,” Rhys Jones explains.

“Having ownership and understanding of the proposition and target audience and being able to explain it in the right way [were really important].”

Online credit check service ClearScore also began with marketing at its core. Anna Kilmurray joined the business as CMO in 2015 and was tasked with launching the beta version of the service before rolling it out. Within six months, the UK fintech business had acquired 500,000 customers. Now, three years on, it has seven million users worldwide.

ClearScore’s CEO and co-founder, Justin Basini, says marketing has been key to the business’s success and growth from the start.

“We boldly launched the brand on TV from day one, which was a huge risk, but it paid off,” he explains. “It helped us attract users at a meteoric rate, and played a key role in shaping our brand, helping us test messages and adapt fast to offer users the best possible experience.

“In my view, marketing has a critical role to play in scaling from day one, yet too often startups treat it as an afterthought or underestimate quite how much exceptional marketing costs.”

Meanwhile, Sherpa – an AI-driven personal insurance brand founded in 2016 – has hired a CMO a year before it plans to launch its service in the market. Confident in its product and with $2.3m (£1.8m) worth of funding in its pocket, the business already had a strong start; but it knew it was going to have to do much more if it was really going to disrupt the not-so-sexy world of insurance.

Sherpa says people would rather have root canal surgery than deal with their personal insurance, so it brought in Patrick Muir, who has 20 years of marketing experience having worked at brands including Egg, Morgan Stanley and Citigroup, to try to make Sherpa more desirable than a dreaded trip to the dentist.

Having turned Citibank around following the financial crisis, Muir has experienced first-hand the role marketing plays in fuelling customer acquisition, especially in an industry like financial services where the brand is built on two simple things: the product and customers.

“If you read the old books on marketing, marketing is a complete approach to business: who the target audience is, how you build the product for them, how you get the pricing right. In the end the promotion of your business should be an articulation of all of those things,” Muir explains.

“It’s how we go from being just a product to becoming a brand that actually has some value in the world. The context by which somebody becomes your customer is the biggest determinant of their future behaviour as a customer, therefore targeting people all the way through with the right proposition, the right messaging and the right targeting is really important.”

Ben Little, founder and director of Fearlessly Frank, an innovation consultancy which has a stake in Sherpa, says the most successful startups now have four things in equal balance: economic value, cultural value, social value and symbolic value.

“You can’t just focus on product,” Little says. “When you think of [a brand as a customer], you think of your complete holistic view of that business; how you feel about them emotionally, what they deliver for you in your life, the stories, the journeys they’re on, how innovative and different they are. Marketing is fundamental to establishing any properly successful business or product.”

But while some businesses have embedded marketing from the get-go, others have chosen to grow organically and only hired someone to head up marketing once the business is established – or in some cases not at all, instead relying on word of mouth.

Flip-flop brand Gandys, for example, has built a profitable business since being launched by Rob and Paul Forkan six years ago. But unlike What3Words, ClearScore and Sherpa, Gandys doesn’t have a dedicated marketing team and hasn’t spent a single penny on advertising. Instead, it invests all profits into building children’s homes in memory of the founders’ parents, who were killed in the Boxing Day tsunami in Sri Lanka in 2004.

Gandys made its first sale on Facebook to a friend of a friend in 2012. Through organic likes and shares, Facebook went on to become the brand’s primary marketing channel, with Instagram, Google ads and word of mouth also playing a key role.

For Gandys, the traditional role of a marketing department has been replaced by online, customer and social teams, an increasingly efficient and cost-effective approach for young businesses with small budgets to gain some clout.

These teams are responsible for writing “good and shareable” content for the website and social media. Once that goes online, Gandys relies on its followers do the work.

But just because it is not marketing in the traditional sense, and there is no one in a specific marketing role at the business, doesn’t mean it’s not marketing. And while the two are often talked about interchangeably, marketing and effective communication can obviously be done without brand advertising.

It’s a similar story for Dutch eyewear brand Ace & Tate, which since launching five years ago has done little traditional marketing and no major advertising due to a limited budget and not having the right skills in-house.

Despite initially investing heavily in performance media and social, handled by a small in-house creative team, the brand wasn’t achieving the scale and awareness it was after, so this year it decided to launch its first big brand campaign to show it was ready to grow up.

“In this startup to scale-up model, it’s what you grow into [that matters]; it’s a different sort of investment and it shows a sense of maturity,” explains Kristofer Crockett, head of brand and marketing. “We’re hoping it will help to humanise the brand and product too.”

Air travel startup Lilium, meanwhile, has the job of bringing to life a service that may seem like the stuff of science fiction. It believes it can revolutionise the way people move in and around cities with the world’s first electric jet with vertical take-off and landing capabilities.

“We operate in a very competitive environment with many companies that are in a race to become the leaders in this market, which is something we need to be aware of and react to,” explains Arnd Mueller, the man tasked with turning Lilium into a consumer proposition.

Right now, a high-speed, low-cost, zero-emissions jet that can whizz around cities feels exciting and futuristic. But in a year’s time, it could be old news, which is why the three-year-old business hired Mueller as its first vice-president of marketing earlier this year.

It is now looking to ramp up marketing activity as it begins its quest to go from innovative product to global brand that people can trust, promising commuters travel that is five times faster than a car for the same price as a taxi.

“The obvious change [in marketing today] is the challenge of getting attention for a message in a world of informational overflow that is incredibly fragmented and complex,” says Mueller. “The brand-building job now is far more holistic and therefore more challenging, but it really helps when you have a truly relevant message.”

Food delivery service City Pantry made a similar move this year. Having raised £4m in funding and with its sights set on UK expansion, Lamya Hachicho was brought in as head of marketing with an almost entirely blank slate.

While there had been a few people doing a bit of marketing before she joined, Hachicho’s initial task was to write a strategy and structure the team around it, with a remit to raise awareness, strengthen City Pantry’s position in the market and ensure it went beyond a purely transactional relationship with its customers.

“The reason startups have to work so quickly is because the market changes quickly and they have to be first to market. The challenge for me is how we manage to do that as we scale up, keep staff, grow and develop people and keep a great culture. Having that long-term plan and sense of direction really helps,” Hachicho explains.

“At this startup, [marketing is] seen as a really key growth enabler, so the step change we achieve in marketing will result in a step change for the business. I know marketing is at the heart of a lot of that and a lot of businesses but sometimes marketing in established companies is about keeping things going. Whereas here it is a key driving function for growth.”

The big challenge for startups is that, without a well-defined brand proposition, they only keep their startup status and point of difference for as long as it takes for a new kid to step onto the block – younger, more agile, full of eager promises to change the world with whatever they have to offer.

It’s a cut-throat world, meaning hopeful businesses need to become more than the product or service that they sell if they are to survive long-term and generate the iconic status that every brand dreams of, no matter how innovative or groundbreaking they may seem at launch.

Whether in its traditional form or via newer, less conventional methods of communication, marketing gives direction, meaning and structure to business plans and is a key driver of growth. It raises awareness, builds reputation, speaks to people and helps to create a point of difference.