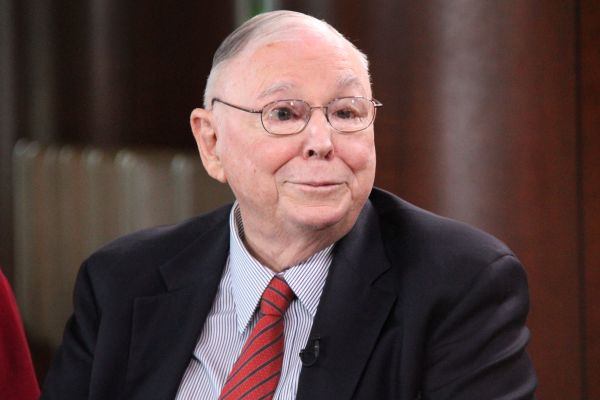 95-year-old billionaire Charlie Munger: The secret to a long and happy life is ‘so simple’

At 95, Charlie Munger is best known for his steady role as the right-hand man of investing legend Warren Buffett.

As the vice chairman of Berkshire Hathaway, Munger is worth $1.7 billion, according to Forbes.

In addition to the his role alongside Buffett, Munger is chairman of the publisher the Daily Journal Corp. and is on the board of the big-box retailer Costco.

Munger has had, by almost any standard, a wildly successful life — and a long one, at that. He’s nearly a centenarian.

Last week, at The Daily Journal annual meeting in Los Angeles, California, Munger was asked to reflect on that journey.

“There were a lot of questions today — people trying to figure out what the secret to life is, to a long and happy life,” CNBC’s Becky Quick said to Munger when they talked at the end of February.

The secret is “easy, because it’s so simple,” Munger told Quick.

Munger went on to rattle off a list of his best advice, each lesson succinctly delivered in bite-size form.

“You don’t have a lot of envy.

“You don’t have a lot of resentment.

“You don’t overspend your income.

“You stay cheerful in spite of your troubles.

“You deal with reliable people.

“And you do what you’re supposed to do.

“And all these simple rules work so well to make your life better. And they’re so trite.”

His prescription is logical, he says.

“Staying cheerful” is “a wise thing to do,” Munger told Quick, adding that in order to do so, you have to let go of negative feelings.

“And can you be cheerful when you’re absolutely mired in deep hatred and resentment? Of course you can’t. So why would you take it on?” Munger said.

Investing legend Charlie Munger on investing, the buyback debate and much more

Munger grew up in Omaha, Nebraska, as did his investing partner (Buffett’s birthplace explains his nickname, the “Oracle of Omaha”), and worked in Buffett’s grandfather’s grocery store, as did Buffett himself.

“Nevertheless, it was 1959 before I met Charlie, long after he had left Omaha to make Los Angeles his home. I was then 28 and he was 35. The Omaha doctor who introduced us predicted that we would hit it off — and we did,” Buffett wrote of his long-time partner in his 2014 annual letter to shareholders.

Prior to joining Berkshire Hathaway, Munger first worked as a lawyer — “with his time billed at $15 per hour,” Buffett notes in the shareholder letter — and also as an architect.

Buffett gives Munger credit for much of the success of Berkshire Hathaway. “Consequently, Berkshire has been built to Charlie’s blueprint. My role has been that of general contractor, with the CEOs of Berkshire’s subsidiaries doing the real work as sub-contractors,” Buffett says.