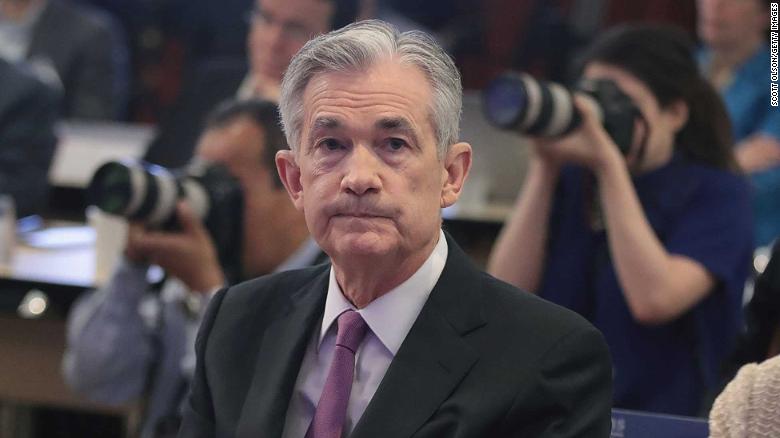 The Federal Reserve likely will cut interest rates next week, but in doing so will make a pair of adjustments aimed at signaling that the current easing cycle could be over, according to a Goldman Sachs forecast.

Markets widely expect the policymaking Federal Open Market Committee to approve a quarter-point reduction at the Oct. 29-30 meeting that will take the target range for the funds rate down to 1.5% to 1.75%. Goldman concurs, assigning a 95% probability of a cut. The rate applies to what banks charge each other for overnight lending, but influences a broad swath of consumer debt as well.

However, that could be it for a while.

Goldman economists see the Fed tweaking some language in its statement to indicate that this move, the third policy easing of the year, will fulfill the central bank’s “midcycle adjustment” that Chairman Jerome Powell alluded to in July. The characterization rankled some on Wall Street, but Powell has largely stuck to the narrative that economic conditions are otherwise solid even as the Fed has moved to relax financial conditions.

In making the rate cuts, Fed officials have said that they are largely in response to fears of global slowing, U.S.-China tariffs and tame inflation rather than an indication that the U.S. economy is in trouble.

“Strong signaling from Fed leadership indicates that the modest trade war de-escalation since September has not deterred them from completing a 75bp, 1990s-style ‘mid-cycle adjustment,’” Goldman economist Spencer Hill said in a note to clients.

Tempering the language to a less acommodative tone would be in keeping with recent statements coming out of the central bank. Some fed officials at the September meeting expressed concern that the market was expecting more in terms of rate cuts than the Fed was likely to deliver, according to minutes from the two-day gathering.

Indications that the rate-cutting cycle has been completed likely would come from Powell at his news conference rather than the FOMC’s post-meeting statement.

But Goldman expects another key tweak that would be in the statement: Removal of the key language that the Fed “will act as appropriate to sustain the expansion.” The phrase made its first official appearance in the June statement, after Powell had used it earlier that month, as a way to tee up the July rate cut.

“We expect the ‘act as appropriate’ sentence to be replaced with a reference to the easing actions already delivered (mirroring the language in October 2007 and June 2008) coupled with the following less committal guidance: ‘will act as needed to promote its objectives,’” Hill wrote.

Finessing the language behind the two moves will be left to Powell at his news conference. The chairman has had mixed success in assuaging market concerns, with several slip-ups over the past year leading to periods of turbulence.

“Chair Powell will have a fine line to walk during the press conference if he hopes to satisfy market participants projecting additional easing as well as the critics of insurance cuts — both on and off the Committee,” Hill said “Reflecting this, we expect a slightly hawkish tone, with Powell alluding to a baseline of unchanged policy but emphasizing data-dependence and the ability to respond quickly if the outlook deteriorates.”

Other possible adjustments include a downgrade of consumption from “strong” to “solid” as retail spending cooled in September, and an acknowledgement of a further decline in the unemployment rate to 3.5% from 3.7%.

Fed Presidents Esther George of Kansas City and Eric Rosengren of Boston also are likely to dissent again, as both prefer that rates remain unchanged. St. Louis Fed President James Bullard also was a dissenter in September, though he was on the other side of the debate, preferring a more aggressive 50 basis point cut. He, therefore, would be unlikely to resist next week’s expected 25 basis point reduction.

Goldman also does not expect the committee to address the Fed’s recent action in the overnight repo markets as they are not technically related to monetary policy adjustments. However, Powell likely will be asked about them during his news conference.

A Way To Promote Foreign Direct Investments Thanks To TOP Platform.

How Should Governments Go Seeking Out Investors For Foreign Direct Investment?.

3 Ways TOP Platform Can Help You With Online Lobbying.

TOP Is Where To Turn For Public Relations Help.

3 Reasons To Go With TOP For Social Media Marketing Help.

3 Steps to Joining With TOP To Get Great Online Reviews.

2 Main Reasons To Opt With TOP For Online Reputation Repair.

Why All Advertisers Should Consider TOP Platform.